What types of courts are in Mississippi? 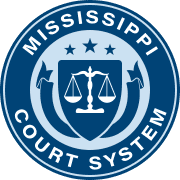 In the state of Mississippi, the court system has four tiers, all of which work to govern one another. The highest governing body is the Supreme Court, which presides over the Court of Appeals and all of the district trial courts that spread throughout the state.

Each tier of the court system in Mississippi has different rules when it comes to the selection of justices, some of them different from others. In any case, each court has its own way of selecting judges which the state recognizes. The Supreme Court justices are appointed by the president of the United States and begin following their election.

How are court cases in Mississippi managed? 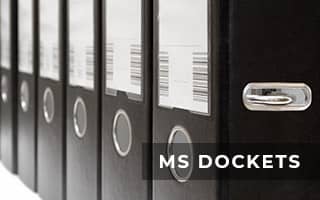 The Supreme Court in Mississippi has the last say in all other court cases and appeals. They have jurisdiction to overturn any ruling that was ruled before but typically only hear cases passed through the Court of Appeals. They preside over capital punishment cases and oversee any issues that deal with appointed judges and practicing attorneys of different courts throughout the state of Mississippi.

There are nine judges total acting as Supreme Court justices, some of which were elected and others that were appointed. The Supreme Court has the power to assign cases to the Court of Appeals and can do so for civil, criminal cases. The state of Mississippi is one of the states in the United States that permits the death penalty, and it is the Supreme Court that hears cases that involve the death penalty.

Which trial courts are in Mississippi?

The Circuit Courts in Mississippi have jurisdiction over cases where individuals are facing felony criminal charges and civil lawsuits. The circuit courts also hear appeals from the county, justice, and municipal courts, all of which are spread out around the state. All of the courts with less jurisdiction usually deal with small claims and minor criminal charges, as the circuit courts handle the most serious.

Chancery courts are those that deal with disputes between family and estates. The cases that are tried in this court are often done without a jury present and typically involve negotiations between both parties in front of a judge. Some of the matters handled in this court include adoptions, cases involving juveniles accused of crimes, disputes over the estate, last wills, and property.

The state of Mississippi has 20 chancery courts, all of which have anywhere from one to four judges presiding over the hearings.

Typically, court cases heard in justice courts are not heard in front of a jury and do not involve any other parties except those involved in the suit and the attorneys that will defend their case.

Municipal courts in Mississippi handle initial appearances, bond hearings, and preliminary hearings. Their jurisdiction lies over misdemeanor crimes, ordinances, and even traffic violations that were committed within the state. Judges are appointed and do not serve a standard amount of time.

Most of the cases here do not involve a jury and are heard by one judge as the two parties involved negotiate their case.

What are the federal district courts in Mississippi?

The state of Mississippi has two federal courts, which include:

While both courts have different areas of jurisdiction, each of them must appeal the U.S. Court of Appeals for the 5th Circuit.

How to find electronic court records in Mississippi

There are many court records that are open to the public, accessible online. However, there are some that remain sealed, some of which include sensitive cyber information, IT structures of businesses and organizations, and those that involve minors. When court documents are sealed, the general public cannot get their hands on them, though they can request that they are unsealed by visiting the court where the case was heard and requesting access.

The general public can access court records electronically online searching by the name of the attorney, names of those involved in the case, and the case number. For those that need additional information about cases, they will need to visit or write to the court that heard the case they are interested in, requesting the cases they are interested in. Once in the court, those interested can access records or obtain copies, as long as they pay the corresponding fee.

Where to find additional information about Mississippi courts?