What types of courts are in North Dakota? 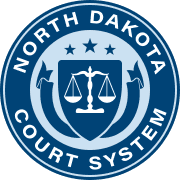 There are three levels in the North Dakota Court System. They include the Supreme Court, the District Court, and the Municipal Courts. The Supreme Court is the highest level; all of the lower courts respond to it. This court has appellate jurisdiction over the other levels and can make decisions for them.

Overall, there are three different types of courts in North Dakota. The Supreme Court regulates them. There are also five justices that sit in the Supreme Court in this state, who are elected to serve for 10 years.

In North Dakota, the Chief Justice also appoints an administrator to help them with managing the courts. This admin can provide legal research, resources, and more. They work with the chief to ensure the court system runs smoothly. 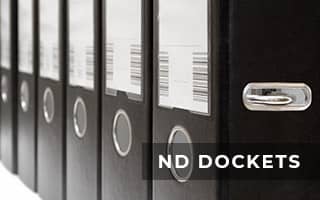 The Supreme Court has appellate jurisdiction over the cases handled by the lower courts. This means, the Supreme Court can take appeals from cases. The judges may decide to change the rulings on them- this system is in place to ensure the judicial branch is as fair and balanced as possible.

The state is also split into eight districts. There are District courts with judges elected for six year long terms. They hear various cases and have jurisdiction over general civil and criminal cases. Those involved in a trial at this level can appeal to the higher courts when they want to have the justices take another look at their cases.

The Court of Appeals was created to help the Supreme Court manage the amount of cases they were getting. The Appeals Courts obtain jurisdiction when assigned cases by the Supreme Court. There are three judges, who aren't voted in, but instead selected from legal staff. Their term is only a year, so there are a lot of new members going in and out of the Court of Appeals. However, this keeps the system fair and unbiased.

Which trial courts are in North Dakota?

There are two different types of trial courts in the state- the District and Municipal courts. They each have their own levels of jurisdiction. Depending on the case, it could go to either one. However, the District Courts tend to have a more general jurisdiction over the cases.

The District Courts serve the counties in the state. The 53 counties are divided into eight different districts, with a court placed within each of them. These courts have a general jurisdiction over all cases and act as the juvenile courts within North Dakota. They also have exclusive rights over all of the criminal trials and cases.

There are 42 judges within the District Court system. They are elected to the position and can serve for up to six years. After that point, they need to run for a re-election if they want to continue working for the district as a judge.

The chief judge in the court system is instead chosen by the judges. They take a vote in all of the North Dakota districts to determine who it will be. The chief can only serve for a total of three years.

The judges in the Municipal system work part-time. They also have a four year term and are selected in elections by the people.

What are the federal district courts in North Dakota?

In North Dakota, you'll find one federal district court. This court has jurisdiction over cases where a federal crime has been committed or where the federal law is involved. They only can hear certain kinds of cases. Federal courts also have the power to issue remedial writes, have exclusive jurisdiction over criminal cases, and general power over civil ones.

The main courthouse is located in Bismarck. Although, you can find subdivisions in Fargo, Minot, and Grand Forks.

How to find electronic court records in North Dakota?

There are many ways that you can find the court records you need in this state. You can always get them in person, but it's much more convenient for many people to get them online. You have plenty of options for retrieving electronic documents.

You'll want to start by using the official public access portal. You can also get help there in finding all of the documents that you need. Overall, it's an efficient method and gets you the court records quickly. There are some additional sources that you can use in the list below, if you need another method to access electronic court records.

You can find information on civil cases, traffic records, arrest warrants, and criminal cases there. The search should also point you in the direction of Municipal court cases.

Where to find additional information about North Dakota courts?