What types of courts are in Georgia? 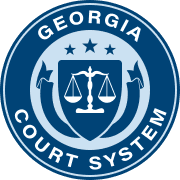 Georgia's court system has 8 different types of courts throughout their state:

How are Georgia court cases managed? 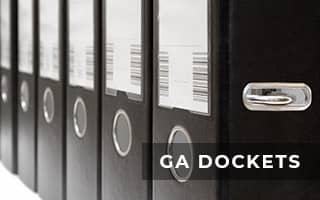 Georgia has a somewhat complex tiered system of courts and case management. The first tier of courts is the courts with relatively fixed or limited jurisdiction, such as a juvenile court, probate court, local magistrate courts and municipal courts, and state court. In nearly all of the first tier of courts, there are no jury trials, except for a state court, as all trials are held as bench trials.

The next tier of courts are the Superior Courts, and they are given exclusive and constitutional authority to preside over the state's felony cases, divorce filings, and cases regarding equity or land titles. The Superior Court is often tasked with correcting errors of lower courts, by being the court to issue certiorari. The exclusive jurisdiction of the Superior Court also extends to declaratory judgments like habeas corpus and prohibition.

They are organized in such a way that every county in the state will have at least one superior court, a magistrate court, probate court, and if warranted they will also have a state court and a juvenile court. 10 judicial districts cover a total of 50 judicial circuits.

Which trial courts are in Georgia?

Many cities in Georgia have established municipal courts to handle local legal issues. Jurisdiction varies from town to town, but the most common cases that are seen in these courtrooms are traffic offenses, and local ordinance violations, including zoning, animal control, excessive noise, and illegal dumping. These courts may also handle misdemeanor charges, such as shoplifting, trespassing, and possession of marijuana. Other duties may include preliminary criminal hearings and issuing warrants.

Throughout the state of Georgia, there are 370 municipal courts with 352 active judges overseeing the cases.

These county courts handle civil claims of $15,000 or less, minor criminal offenses, issue warrants, oversee preliminary hearings, and the magistrates are sometimes able to set bail for defendants in some criminal matters.

Magistrate courts do not hold jury trials and the civil cases are generally handled by the individuals involved, rather than by a lawyer. Throughout the state of Georgia, there are 159 courts with 354 magistrates.

Each county's probate court handles wills and administration of the estate. Beyond this, probate judges can also appoint a legal guardian or authorize involuntary hospitalization of adults that they deem unfit to care for themselves. This court also handles licenses to carry firearms and marriage licenses.

There are some counties that do not have a state court. In these locations, the probate judges may handle certain misdemeanors, as well as citations in relation to state fish and game laws. They may also hear traffic violations as well.

In many counties, the probate judges have been authorized to administer oaths of office, serve as the county election supervisor, and appoint people to certain local public offices. If the judge is overseeing a county with a population above 90,000, they must be a licensed attorney that has been practicing law for at least 7 years.

The state of Georgia has 159 probate judges with 159 courts.

Any cases that involve those that are under 18 and are alleged to be delinquent; children that are in need of services, counseling, or guidance, including runaway, ungovernable juveniles, and truants; children who have been neglected, abused, or left without a proper guardian; and any traffic violations committed by those 16 and under. The juvenile court system also covers enlistment of minors in the military, emancipation proceedings, and consent for minors to marry.

The juvenile court system works with the probate courts and handles legitimation and child support when the dependency is pending, and permanent guardianship proceedings. Exceptions to a minor being tried in a juvenile court include those between 13 and 17 who commit violent felonies.

There are a total of 120 judges in 159 juvenile courts throughout Georgia.

There are a total of 122 state judges throughout 70 courts.

All of the state's felony trials are held in one of the state's superior courts. Superior court judges have exclusive jurisdiction over divorce cases, and they can correct errors that are made in other courts. There are 49 superior court districts, each made up of multiple counties. The judges are constitutional officers and are elected to office in elections, serving 4-year terms.

What are the federal district courts in Georgia?

Georgia is divided into three federal districts, Northern, Middle, and Southern. The judges that sit on the federal district courts are not chosen by a regular election, rather they are nominated by the president of the United States and must be confirmed by the Senate. Each judge will serve a life term.

How to find electronic court records in Georgia?

On the Georgia Courts' website, you can utilize the E-Access Court Records Portal. To get the report, you will need to provide the name of the person who is listed in the record, last assumed location of the person.

Where to find additional information about Georgia courts?