What types of courts are in Illinois? 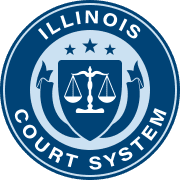 Illinois has three main courts that make up the entirety of its trial and appellate court systems. The first level consists of local magistrates, these courts do not handle any jury trials and have relatively limited jurisdiction. The next level is the Circuit Courts, which are responsible for all of the trial cases in the state. The state's appeals court is the Illinois Appellate Court, which is overseen by the Supreme Court of Illinois.

How are Illinois court cases managed? 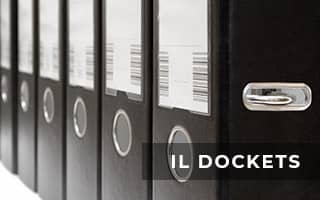 Court cases in Illinois are managed by the lowest court capable of making a ruling on the case, in accordance with the state's constitution. If an offense occurs in a local municipal jurisdiction, they may be able to hold a trial by the magistrate, or a bench trial, if the offense does not qualify as a misdemeanor or other more serious charge that may require a jury trial.

For more serious crimes or cases that involve more significant dollar amounts, the Illinois Circuit Court will have original jurisdiction. They will hand down decisions on all cases, both misdemeanor and felony, that are tried by a jury in the state. Appeals granted to Circuit Court decisions are taken on by the state appellate court. Cases that require deliberation on the constitutionality of laws or other discretionary appeal cases go to the Supreme Court of Illinois.

Which courts are in Illinois?

These courts are common in small villages, towns, and cities. They only hear cases related to local ordinances, minor civil cases, and other cases that require only the smallest amount of legal intervention. Courts of this level can generally only set bail and begin processing those accused of more serious crimes.

Illinois Circuit Courts are responsible for handling the majority of criminal, civil, domestic, and traffic cases for the state of Illinois. The Illinois Circuit Courts preside over a total of 24 judicial circuits, only 6 of which are composed of a single county, the rest being made up of between 2 and a dozen counties.  These courts hold original jurisdiction over any case, with only a select few exceptions.

The Illinois Circuit Courts actually share jurisdiction with the Supreme Court of Illinois when hearing cases of mandamus, prohibition, revenue, and habeas corpus. In these cases, however, the Supreme Court of Illinois can choose to exercise its jurisdiction. The Illinois Circuit Courts are tasked with overseeing and reviewing many administrative decisions that state agencies have made.

The Supreme Court of Illinois is the absolute highest court in the state of Illinois. The authority granted to the court is derived from the state's constitution, which originally allowed for seven justices to be elected from the five judicial districts that make up the state. The justices are elected for a term of 10 years with a chief justice being elected from the members for a 3-year term.

What are the federal district courts in Illinois?

How to find electronic court records in Illinois?

There are several ways to go about finding electronic court records in Illinois. The first and generally most popular way is to simply search the county website for the circuit in which the offense occurred. If the offense occurred in Winnebago County, for example, the county that contains Rockford, you would start by searching the names of the party in the case on the county Justice Systems page. The state of Illinois also maintains a page for the public access of court records.

Where to find additional information about Illinois courts?