What types of courts are in North Carolina? 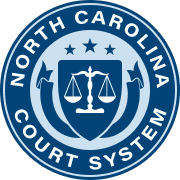 In the state of North Carolina, you'll find three federal district courts, a supreme court, a state court of appeals, and trial courts. These courts make up the state's Judicial system, which is broken down into three sections:  Appellate division, Superior Court division, and District Court division.

The court system is unified statewide, so you won't find any local courts in the area. The system is also different from the one used by the Federal courts. Overall, the state courts have jurisdiction over most of the cases in North Carolina. The Federal court only takes on cases that include the following:

The highest level of court in the state is the Supreme court. This division has a say over what happens in the lower courts. It consists of one chief justice and six associate justices. The main goal of this court is to handle disputes and ensure that laws are practiced fairly in cases. They can overturn previous decisions if they find them to be biased, unjust, or unfair. 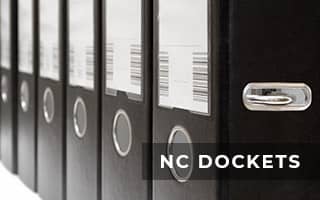 All North Carolina courts are managed by the Supreme court, which is the highest level of court in the state. Appeals made to the Supreme court can change the results of trials that took place in lower level courts.

After the Supreme Court, you have the Court of Appeals, then the Superior Court, and finally the District Court, in order of hierarchy. The District courts are mainly used for electoral and administrative purposes. Every district has between two and 17 judges, depending on the population in the area. The District Court has jurisdiction over cases involving $10,000 or less. The Supreme Court handles conflicts that handle more than that amount.

If you need to find official North Carolina cases online, use the North Carolina Judicial Branch page to request public records. The page offers plenty of information and makes it possible to find a courthouse in the area and more.

Which trial courts are in North Carolina?

The trial division in North Carolina consists of five different court types. These include:

The Superior Court manages a variety of civil and criminal cases, including those that involve more than $25,000. The superior judges rotate every six months among the 48 districts in the state. The rotation is in place to ensure there are no conflicts of interest among the judges.

In civil cases, the judge will consider all of the aspects of the case, without a jury. However, a party involved in the case can still ask for jury members to be present.

When it comes to criminal cases, the Superior Court handles all felony charges. They also handle misdemeanor and infraction appeals that come from the other courts. These trials consist of 12 jury members.

The District Courts have jurisdiction over a variety of cases. These can include any of the following:

There are 41 districts in the state, each having one of these courts assigned to them. There is a chief district judge who handles all the administrative requirements for their assigned court as well. The civil cases don't include a jury, unless a party asks them to be present. Although, a judge always resolves child custody disputes.

The civil cases these courts have jurisdiction over include divorse cases, child custody, child support, and other cases that involve less than $25,000.

Business Courts handle any case that has to do with corporate law or the rules surrounding them. It's a specialized type of court and all cases are assigned to them from the Chief Justice. There are three courthouses, which are located in Charlotte, Greensboro, Raleigh, and Winston-Salem.

The Small Claims court has cases that are heard by a magistrate, without a jury. The involved parties also tend to represent themselves during the case. The types of cases that fall under their jurisdiction include:

Additionally, the chief district judge can assign cases to the small claims court, as long as it can fall under their jurisdiction.

Recover courts are in place to assist those with chemical addictions and dependencies. They can court order treatment plans to individuals and more. They also deal with juvenile, abuse, neglect, and criminal cases in this category.

The court also offers treatment plans to those with mental health needs, such as PTSD. The court offers various incentives to encourage people to meet recovery goals and guidelines.

What are the federal district courts in North Carolina?

In this state, there are three different federal district courts. These include a state supreme court, a court of appeals, and various trial courts. They are located in the Eastern, Western, and Middle Districts of North Carolina. The judges must be nominated by the President of the United States, then approved by the Senate, before they can work as a judge. They serve for the rest of their lives.

How to find electronic court records in North Carolina?

There are a few different ways that you can access the court records you need in the state. You can go directly to the courthouses and visit the clerk's office. They can provide you with physical copies of the information that you need. However, there's likely a few that you'll need to pay.

You can also find everything you need online. You can use the North Carolina Judicial Branch page to find the documents. They allow you to obtain public court records and criminal records.

Where to find additional information about North Carolina courts?