What types of courts are in Missouri? 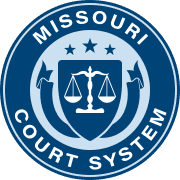 The courts in Missouri cover crimes committed at the state, federal, and county levels. They have a three-tier system, which includes trial courts, the Court of Appeals, and the Supreme Court. The Supreme Court is the governing body with the most power, overseeing cases and the judges that hear them.

The Missouri trial courts include circuit courts and municipal courts, both of which are responsible for small claims, civil and criminal crimes, and issues dealing with family. All of the appeals that come from these courts are heard by the Court of Appeals, which has the power to overturn verdicts. In some cases, appeals go on to the Supreme Court, though this doesn't happen often.

How are court cases in Missouri managed? 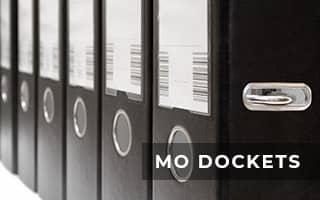 The Supreme Court has the highest governing power in the state, overseeing the United States Statute in the state and ensuring that all courts abide by it. They also oversee the state's revenue laws and even oversee cases that are impending the death penalty are handled correctly. They do not hear too many cases but are often working at overseeing operations across other courts.

They have the power to overhear, overturn, and appeal decisions made in all of the lower courts, including municipal and circuit courts too. Additionally, they are the court responsible for ensuring that judges and attorneys are acting lawfully and can take actions to revoke powers if there is a reason to do so. When there is an issue with a judge, it is the Supreme Court Justices that decide whether or not they continue to serve or not.

Which trial courts are in Missouri?

Missouri has a total of 46 judicial courts, all of which have general jurisdiction. Most of the civil and criminal cases in the states are heard in circuit courts, which makes them one of the most active courts in the state. They deal with matters including:

Though Family court is considered a circuit court, they preside over circuit courts when the cases involve particular hearings dealing with family matters. Counties with family courts provide jurisdiction to hear cases involving juveniles, divorce, legal separations, abuse of adults or children, and alimony. Most of these cases do not involve an official trial and do not involve a jury. Instead, they involve negotiations and a presiding judge will make the final decision.

In addition to family court, some counties in Missouri have juvenile court. The juvenile court does not only deal with hearings that involve minors convicted of crimes but also includes cases that deal with childcare and treatment. Juvenile matters are not presented in front of a jury and are usually heard by a judge who rules after preceding. Cases involve negotiations between attorneys and the judge makes the final decision based on what's best for the child.

What are the federal district courts in Missouri?

There are two federal district courts in Missouri, including:

How to find electronic court records in Missouri

When it comes to court records, all of those that deal with any governing body within the state are made available for access to the general public. As far as those that involve individuals, many are open to the public as well, though there are a few cases where they are not.

For records that are accessible to the general public, those interested can go to Missouri Courts Online Directory, entering the case number, the names of the parties involved, or the attorneys that negotiated the cases. Additionally, information can be requested by visiting the court where the case was heard, providing the clerk with the document and the information requested so that they can look it up for you.

Where to find additional information about Missouri courts?