What types of courts are in Arkansas? 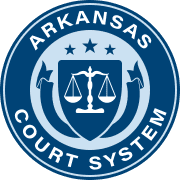 The structure of the court system in Arkansas is similar to many other states. It is arranged in a tiered system with the Arkansas Supreme Court at the head, followed by the Arkansas state court of appeals. These courts are the ones that have the fewest cases, but the cases they take are often cases of high-level state charges or cases with high monetary value.

How are Arkansas court cases managed? 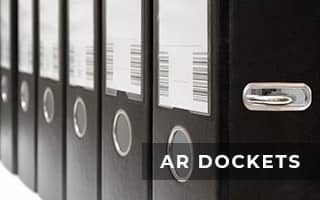 When cases are filed, they will have charges, sentencing guidelines, and an estimated monetary cost or value. All of these factors are included in the determination of which court has specific jurisdiction over a case. If the city or municipal courts are not applicable, the court with the assumed general jurisdiction is the Circuit Court for the judicial district.

Which trial courts are in Arkansas?

There are a total of four different types of courts that may render decisions on civil, criminal, tax, or domestic law. They range from the most limited in a jurisdiction like a city or municipal courts, up to the state appeals court and the Arkansas Supreme Court, which has the ultimate jurisdiction.

District Courts are the courts most limited in their jurisdictions, scope, and abilities. They see very few actual trial cases and are mostly used for ad hoc adjudication. They are often used in the adjudication of local misdemeanor charges, and to set bonds in felony cases that will be heard in higher courts.

The Arkansas Statutes prohibit any District Court from adjudicating a felony. The judges that preside over District Courts are elected in general elections with similar local officials. They are all elected to 4-year terms.

The Arkansas Circuit Courts are responsible for hearing and deciding on the bulk of criminal and civil cases that are filed. There are 28 total judicial circuits that each cover one or more of the 75 counties in the state. Due to the volume of cases that are brought before the courts, circuit courts are made up of 5 divisions: juvenile, domestic, probate, civil, and criminal.

There are 121 judges that preside over Circuit Court cases in their assigned and elected judicial circuits. Each one is elected in a circuit-wide non-partisan election and serves a 6-year term. In order to be eligible to serve as a circuit judge, the candidate must have already been licensed to practice law in the state for a minimum of 6 years.

The Arkansas Court of Appeals consists of 12 judges, made up of 1 Chief Judge and 11 Judges, that were initially appointed. Following the initial appointment, they became subject to the electoral process every 8 years. They are non-partisan, elected positions.

The Arkansas Supreme Court contains and acts as the Administrative Office of the Courts. It consists of 1 Chief Justice and 6 Associate Justices that are all elected on a non-partisan statewide ballot for terms of 8 years. The Arkansas Supreme Court started with just 3 judges and was later expanded multiple times. First to 5, then to 7, and then finally to the current total of 9.

They have exclusive jurisdiction over all lower court decisions. This includes criminal appeals, where the possibility of the death penalty has been imposed. They can also hand down decisions regarding any lower court verdict that they deem necessary, including matters that directly concern the actions of court officials for any state, county, or district court.

What are the federal district courts in Arkansas?

In addition to these two courts, there is also the United States Bankruptcy Court for the Eastern and Western Districts of Arkansas which hears all bankruptcy cases filed in both districts.

How to find electronic court records in Arkansas?

Online case info for most Arkansas court cases can be found at the AOC CourtConnect portal. It allows the user to search cases from the Supreme Court, the Court of Appeals, Circuit Courts, and District Courts.

Where to find additional information about Arkansas courts?