What types of courts are in Texas?

The state of Texas, as outlined in its constitution and refined to a greater degree by statute, has 8 different types of courts to accomplish all of its judiciary duties. These courts are the municipal courts, county courts of law, county courts, probate courts, justice courts, and district courts.

Of all of these, all of the trial courts are district courts, which have general jurisdiction over most cases filed in the state, both civil and criminal. There are also the courts of appeals, the court of criminal appeals, and finally the supreme court.

How are Texas court cases managed? 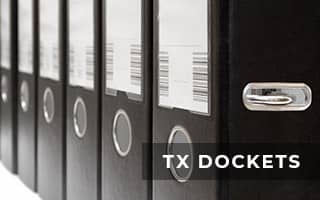 The Supreme Court of Texas, with help from the Office of Court Administration, performs administration duties for the entire judiciary of Texas. The cases are handled by the lowest court that maintains jurisdiction over the charges and case. There are some differences in handling due to the bifurcated nature of the Texas appellate system. The Texas Court of Criminal Appeals hears only appeals from lower courts that deal with criminal proceedings, whereas the Texas Supreme Court handles civil appeals, as well as those concerning juveniles.

Which courts are in Texas?

Justice of the Peace Courts

These courts have jurisdiction only over offenses that are punishable by fine only. They can also hear civil matters where the amount in dispute is under $200.

Municipal Courts are not mandated but are permitted in each incorporated city in Texas, pending voter approval. They share some jurisdiction with the Justice of the Peace Courts when city ordinances are in question. Proceedings at municipal courts are not transcribed or recorded.

These are courts established by the state constitution that are required to be present in each of the 254 counties in Texas. They are given exclusive jurisdiction only over misdemeanors of Class A and Class B, which can involve imprisonment. County court judges are not required to be attorneys, whether licensed by Texas or not.

These are specialized courts authorized by the state constitution that handle cases relating to guardianship, trusts, mental health, conservatorships, and other probate matters. These courts are not bound by any monetary limits like many other lower courts, and due to this, they may share jurisdiction at times with the district court.

Texas District Courts have a tradition of having only one single trial judge per individual trial court. This is mandated as a single judge by the Constitution of the Republic of Texas.

All cases from county-level trial courts that file appeals to decisions on criminal charges flow to the Court of Criminal Appeals. The only exception is cases dealing with the criminal activity of a minor, which are then heard by the supreme court since they are considered civil matters. If the case is one where the death penalty was imposed, is automatically appealed to the supreme court, and is not heard by the Courts of Appeals as an intermediary.

The Supreme Court of Texas is the highest court in Texas and only presides over appeals to civil matters, and does not handle any cases related to criminal matters unless the defendant facing the sentence is a juvenile. The Texas Family Code classifies even criminal juvenile proceedings as civil matters. The Supreme Court is also responsible for all attorney licensing and discipline. It also holds an influential role in revisions or alterations of court rules and performs administration for the entire Court of Criminal Appeals.

What are the federal district courts in Texas?

How to find electronic court records in Texas?

Nearly all electronic court records for the state of Texas can be found via the official state site for the Texas Judicial Branch. They have a records search, as well as information about all levels of courts, and records for those courts.

Where to find additional information about Texas courts?